Do you have what it takes to earn a black belt?

DON'T BE A QUITTER

Most all martial artists get to a point where they think they aren't learning anything new. Students believe that they've learned all the strikes, or they don't want to learn any more forms, or they aren't getting any more flexible, and that they've gone as far as they can go in the martial arts. When you reach this point where you feel you aren't learning anything new, ironically, that's when you really are.

What is actually happening is that the knowledge that was resting on the surface is now starting to get below the surface, to become ingrained and get from your mind to your heart.  Only then can you truly use what you have learned.  If an attacker were to approach you, and you know the moves but you have to think about it, it would be too late.  You have to simply react, without thinking.  This occurs only when the knowledge is ingrained through much repetition. After years of training, a process occurs where the knowledge finally seeps in and martial arts is becoming a part of you.  How unfortunate it is for the student who quits at this point.

Also, do you really think knowing a hundred, or even a thousand self-defense moves is better than knowing twenty?

In basketball or football or soccer, you don't learn a hundred different plays.  You learn a few and constantly practice them so you become a better player.

In martial arts, a beginning student learns basic strikes, and then repeats them repeatedly.  At first, the student struggles with the moves, both mentally and physically.  Over a period of time, the moves become natural and can be done without effort.  A martial artist must be able to perform strikes without effort if he wishes to apply them on during a real-life situation.

So when you feel you aren't learning anything new in the martial arts, that's when you really are.

Honor through the Martial Arts 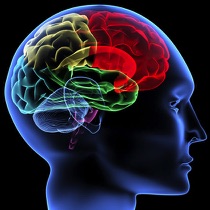 Ask any martial art student who's been in the arts for a while if they'd ever thought of quitting, and they'd most likely answer yes.

There was a serious student who had been involved in martial arts for several years.  He said a couple of years back he thought of quitting, that the material didn't seem new to him and he was getting very busy with his work.  Then he started seeing the benefits of martial arts – how he could now touch his toes for the first time in 20 years, how he hadn't missed a day of work due to sickness in two years, and how his job seemed less stressful.  He stuck with it and now has earned the rank of black belt.

NOT LEARNING ANYTHING NEW

Does your job keep you too busy?  Studies show that a person who exercises regularly has more energy for their work.  Will the two or three hours a week that you devote to martial arts actually hinder your job, or will it help?  Do you actually not have a couple of hours a week to spare?  When you say you're too busy with work, do you spend time on the couch?  Isn’t it true that you can use your time more efficiently to leave time for an art which very well can improve the quality of your life?

Some students say they're going to quit because they want to take soccer, or football, or whatever, and they don't have time for martial arts.  Soccer and football and whatever are fine sports.  But the student must determine what is more beneficial in the long run without thinking of short term gains.

Some students think “I'm going to quit after green belt – I've learned enough.”  The learning is compounded exponentially.  Quitting when you're just getting started (at green belt, you're just getting started; you're just barely skimming the surface) is like throwing away lots of hard work and good money you've put into the martial arts thus far.  You may retain some knowledge, but if you don't continue to practice and sharpen your skills and condition your body, the delay that results from lack of practice may be all it takes on the street.

QUITTING AFTER A CERTAIN RANK 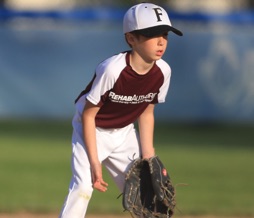 TOO BUSY WITH OTHER SPORTS

TOO BUSY AT WORK 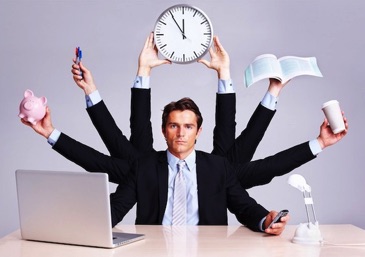 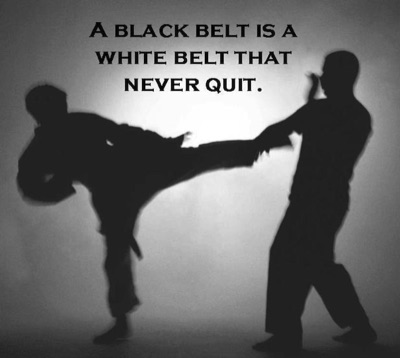 You may decide to take a break from the martial arts. You may think it's a temporary thing.  Even though you have every intention of returning, bear in mind that most don't ever return.  Also, most students who "took a break" or quit regret this decision years later. 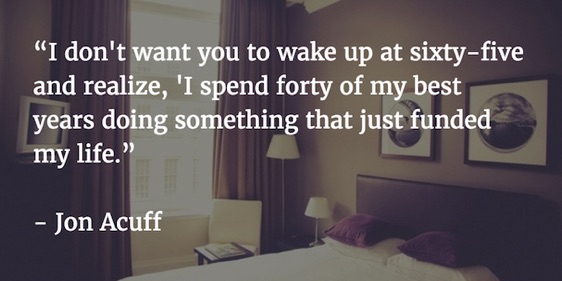