on an attacker's face.

White belts only learn the individual strikes so they don't learn combination strikes until they earn their yellow belt.

Yellow belts perform EYES–NOSE–THROAT with only one hand.

Orange belts use both hands,

but pause after each strike to the throat.

Blue belts and above do the same as green belts, only they perform the 3 combination strikes more quickly and with greater proficiency.

Honor through the Martial Arts 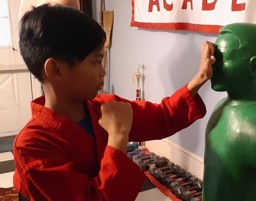 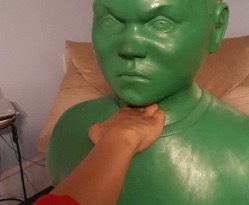